The PFC Joseph P. Dwyer Veteran Peer Support Program is named in honor of Joseph P. Dwyer, a US Army Medic in the Iraq War who, in the earliest days of the invasion in 2003, was pictured cradling a wounded boy while his unit was fighting its way up the Euphrates to Baghdad. PFC Dwyer’s post-war struggles with Post-Traumatic Stress Disorder (PTSD) resulted in his untimely and tragic death in 2008.

The Dwyer Program was created by then-New York State Senator Lee Zeldin, now a congressman representing New York State’s 1st District.  It began in Suffolk County and quickly expanded to almost half the counties in the state. Zeldin served four years in the Army active duty, deployed in 2006 to Tikrit, Iraq. Beginning in 2012, the Program now offers peer to peer counseling for Veterans suffering from PTSD, Traumatic Brain Injury (TBI) and any Veteran looking to reintegrate into civilian society.

Why is funding for Veteran support services important?

Donate to the PFC Dwyer Program

Veterans Benefits Counseling is provided at no cost by the New York State Division of Veterans’ Affairs.

The Rockland County PFC Joseph P. Dwyer Veteran Peer Support Program is operated through BRIDGES and supported by the Rockland County Department of Mental Health and Rockland County Veteran Service Agency. The Program provides Vet-to-Vet support among Veterans, trained in military behavioral health, who personally understand the effects of PTSD and TBI. This program is available to all Veterans, members of the Armed Forces, Guard, Reserves, and their families.  All are welcome regardless of service dates, discharge status or dependency status.  The program is free and confidential.

In support of the Dwyer program, BRIDGES offers a 15-hour training in Military Behavioral Health for Veterans, Family Members and Professionals working with Veterans.  The course provides essential information on military culture, pharmacology, recovery, service of military families and various aspects of trauma, with a special focus on military sexual trauma, PTSD and TBI.

BRIDGES offers Veterans with disabilities door to door transportation to and from the Veteran Health Centers in Montrose, NY and Castle Point, NY.
Any Veteran interested in this service should call 845-624-1366, ext .102 for more information.
Transportation is free of charge, however BRIDGES does request and accept donations to help support and maintain these services for our Veteran community.

This program is available to all Veterans involved in the justice system.  All are welcome regardless of service dates, discharge status or dependency status.  The program is free and confidential. 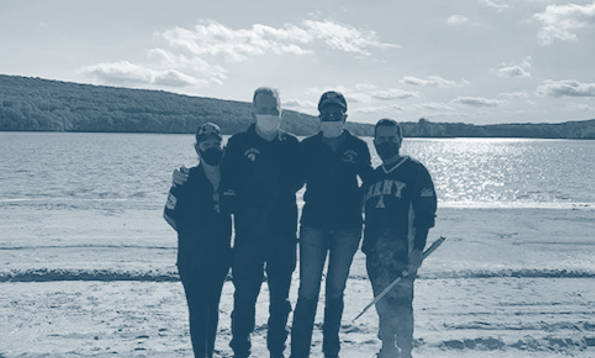 CONNECT WITH US HERE!

Thank you for your message! We’ll be in touch soon.

November 17 (Wednesday) at 9:30AM Meet in front of BRIDGES located on the 2nd Floor. The Mall  at 9:30AM. Masks are required while in the mall, if not vaccinated. We will walk between 45 minutes to an hour. Join fast pace group, slow pace group or walk at your own pace. Just get walking!

December 10 (Friday) from11:00am to 2:00pm Veteran’s Game Day Holiday Social Luncheon at the Community Center Town of Clarkstown - Auditorium located at 31 Zukor Road, New City, New York 10956. All Veterans, Caregivers and Gold Star families are welcome to join us to play games, including BINGO for prizes, socialize and have fun! Bring your spouse or significant other. Provided free of charge by the Rockland County PFC Joseph P. Dwyer Veteran Peer Support Program. Plenty of parking available and the auditorium is large with plenty of room for folks to spread out and maintain social distance if they choose to. Doors open at 10:45 am. Games and Bingo will be played from 11 to 12:30 followed by lunch. RSVP: Required for Lunch! Please contact Izzy Quintana at iquintana@vettovetrc.org or  845-587-6497 to reserve a seat or if you have further questions