Did you know that October 15 is White Cane Awareness Day?

Join BRIDGES/AVI on October 11th - 15th for activities and information on blindness and visual impairment.

The theme is "No Limits."

On Saturday, October 15, BRIDGES is teaming up with Visions to raise awareness about blindness and visual impairment. Enjoy activities, refreshments, and guest speakers. 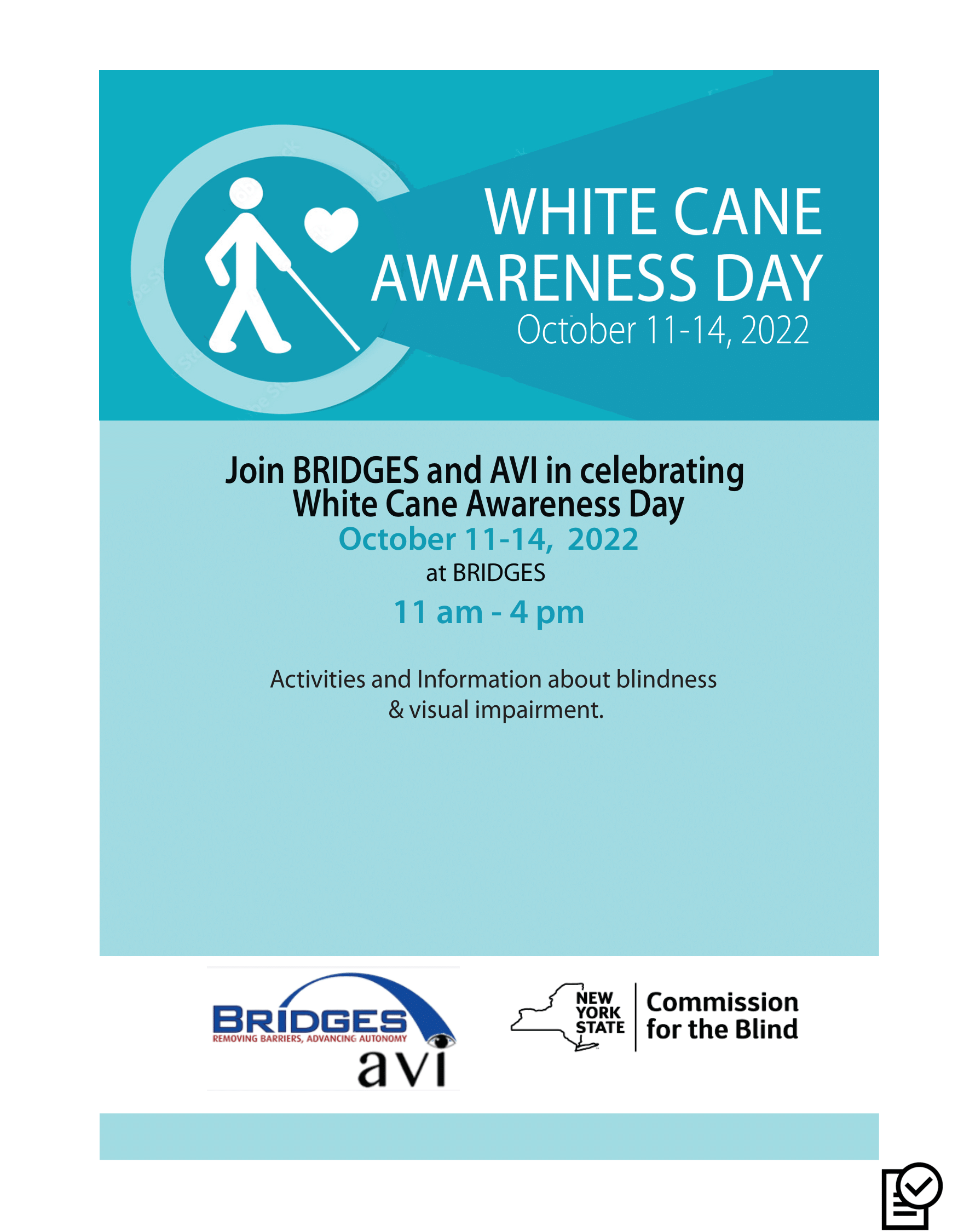 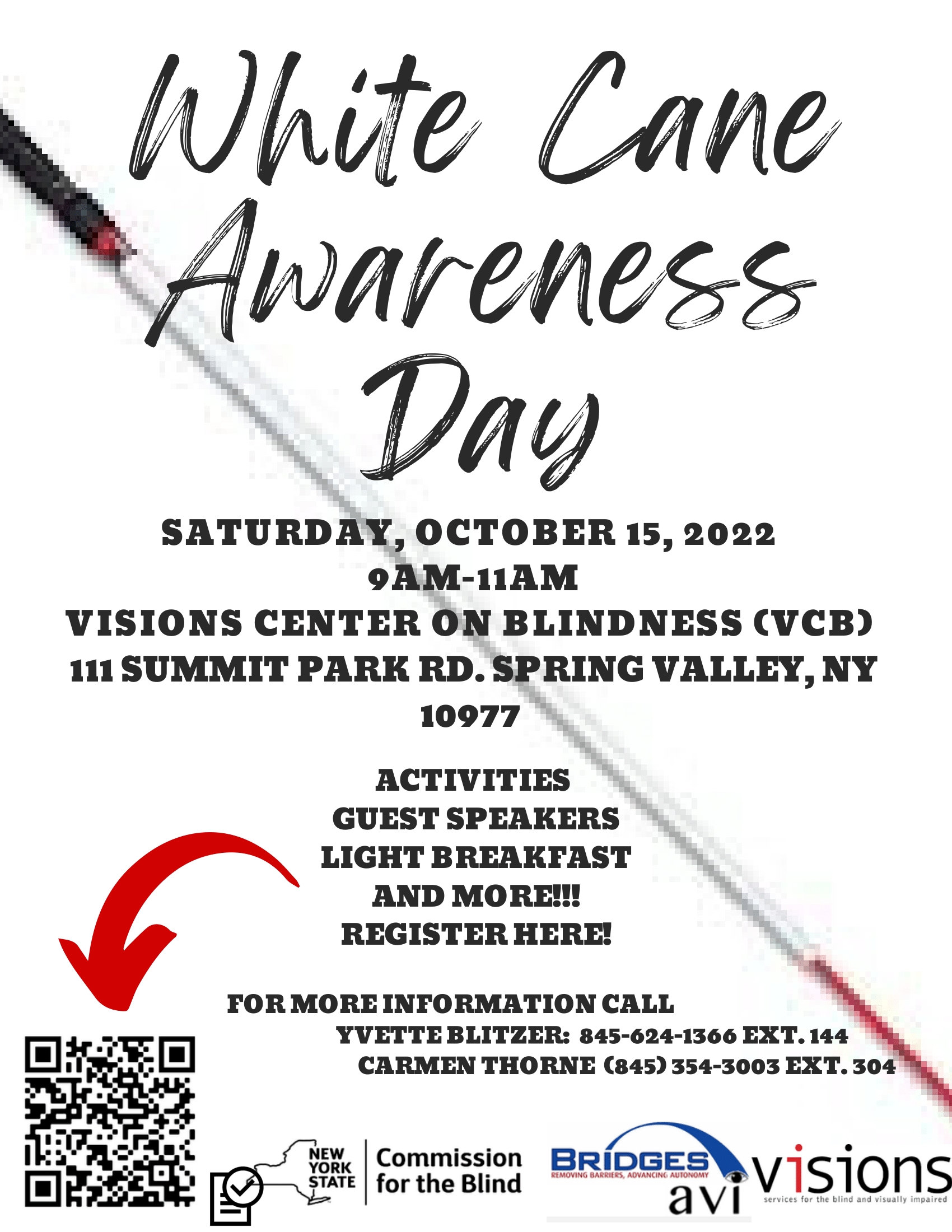 We use our senses of hearing and touch to explore and understand the world around us. The white cane makes our hands and arms longer, so that we can assess the situation, and move quickly and confidently. The white cane allows us to avoid obstacles, find steps and curbs, locate and step over cracks or uneven places in the sidewalk, find doorways, get into cars and buses, and much more.

What to Do When You See Someone Using a White Cane

When you see a blind person using a white cane, remember that the cane is our tool to safely and independently navigate the environment. There's no need to shout warnings or try to physically steer us so that our canes won't bump into things. Remember that we are using our canes to explore what is around us. If we need any help or direction, we will ask. If you are driving or cycling and see someone using a white cane, you must follow the law and stop to give that person the right of way.

While it was not uncommon throughout history for blind people to use a stick or cane to navigate, society largely didn't accept that blind people could travel by ourselves until recently. In the 1960s, the National Federation of the Blind became a leader in fighting for the rights of the blind and in pioneering innovative training programs using the white cane. At their urging, the United States Congress adopted a joint resolution in 1964 designating October 15 of each year as White Cane Safety Day and recognizing that white canes enable blind people to travel safely and independently.

While the white cane does keep blind people safe (because drivers and other pedestrians can easily see it), it is also a tool that blind people use to explore and navigate our environment. For this reason, the emphasis of White Cane Safety Day has shifted over time away from safety, and toward independence and equality. We believe that it's important to celebrate this history and recognize the white cane as the tool that allows the blind to "come and go on their own" as President Lyndon Johnson said back in 1964.

To emphasize the shift in focus from safety to independence, and to continue to use the white cane as a symbol, we refer to this day as White Cane Awareness Day.