Call Now Directions
You are here: Home / BRIDGES-Events / The ADA is a Community Thing! 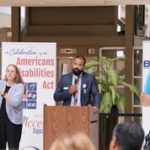 Friday July 26th was 29 years since the signing of the Americans with Disabilities Act. BRIDGES took to the most accessible and public location to ensure all people would hear about the ADA and how important it is to our community! “The signing of the ADA was a monumental step forward, ensuring that people with disabilities are provided with equitable access to life’s pursuits. Our Declaration of Independence states that ‘We hold these truths to be self-evident that all [people] are created equal… [and that we are] endowed with certain unalienable rights…among them being Life, Liberty and the pursuit of Happiness.'” said Carlos Martinez, Executive Director at BRIDGES. 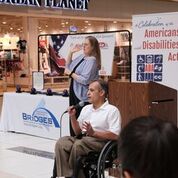 Joe Bravo, Executive Director at WILC delivers a speech on the ADA

The day started with a speech from Joe Bravo, Executive Director of the Westchester Independent Living Center and a pioneer in the independent living movement!

Disabled at the age of 12, he spent his early teenage years in rehabilitation at Helen Hayes Hospital. At the age of 18, Mr. Bravo was exposed to wheelchair athletics and to athletes with disabilities who were married, had children, worked, traveled, and led independent lifestyles.  This is when he decided that his career would involve facilitating independence for people with disabilities.

Following his speech, we heard remarks from Rockland County Executive Ed Day who offered a proclamation making July 26, 2019 Disabilities Awareness Day in Rockland County. Remarks was also shared by State Assemblyman Ken Zebrowski. A very important concept was drawn from the remarks which spoke to the fact that Access and Accessibility start at the mindset. Our culture and our values must align with acceptance and accessibility in order to ensure that our practices, implementation and follow-through incorporate activities, efforts and opportunities that include everyone! 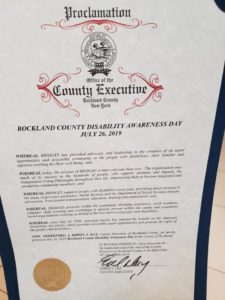 The William H. Mullin Memorial Systems Change Advocate Award was presented in honor of Bill Mullin, an avid advocate who worked for Rockland Independent Living Center managing the Cyber Café, and a leading spokesman for disabled voters in Rockland County. The annual award was presented to Brigid Pigott for her work towards making significant changes in the lives of people with disabilities. Brigid Pigott is one of those individuals; a person, who on a daily basis, impacts the lives of people with disabilities. As the Coordinator of Planning for Mental Health and Intellectual and Development Disability Services at the Rockland County Department of Mental, Brigid offers help on general community issues and also helps in specific situations when she knows that help is needed. Though Brigid is known to wear many hats in Rockland County, the foremost quality she brings to the community is her ability to put the individual first while keeping in mind the public perspective. 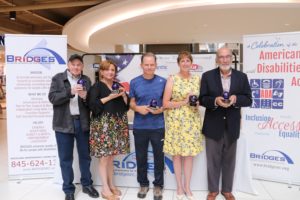 The Keith B. Hayes memorial award was presented to Lenny Bloomfield. Lenny came to BRIDGES for employment services. He was looking for full-time work where he could help individuals in their recovery from substance addiction. Lenny is a Credentialed Alcoholism and Substance Abuse Counselor. Soon after our first meeting, he was successfully placed in employment at Rockland Council on Alcoholism and Other Drug Dependency as a Recovery Coach. The beauty of Lenny’s job placement isn’t just that he reached his goal of full-time employment, it is that once Lenny began working to support his clients, he refers people to BRIDGES for Independent Living Services, where he started his journey towards independent living. 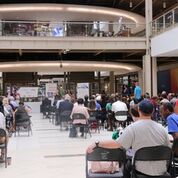 View of crowd from the back of event area

The Will A. Morales Memorial Award was presented to Delcy de la Cruz, who happens to be a role model in taking charge of her own care and services under the Consumer Directed Personal Assistant Program. These services, known at BRIDGES as CDPA, give people with disabilities and chronic health conditions control over their life and care. People who are eligible for Medicaid, are self-directing or have a designated representative, someone that represents them, and need personal assistance, are provided with the opportunity to offer a job to someone who will be committed to assisting them at home. Most times they choose someone that has been or is already involved in their life, like a family member or friend. These services keep people out of institutional settings and in their community. Delcy De La Cruz has been a self-directed employer with the agency since 2013. In that time span, she hired, trained and supervised many personal assistants. She is careful to ensure that her employees work the hours allotted for her care and that they perform the functions that are outlined in her plan of care. She advocates for herself and her employees and she is always diligently to ensures she has appropriate coverage.  Delcy is a perfect example of how the CDPA program empowers people to live independently in the community and in control of the care they receive. 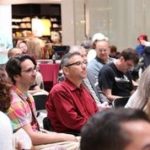 View of Crowd Listening to speaker

The Spirit of Recovery award was given to Phil Ruben, a person who exemplifies the strengths needed to face the challenges of recovery. In this situation individuals we assist in re-entry are facing overwhelming stressors such as food insecurity, busy treatment schedules, travelling in an area they may not be familiar with on public transportation they have never taken, dealing with past situations and past people, facing the unknown of new situations, new people and never seen technologies. Phil was able to navigate through these challenges; putting his Recovery first. Recovery is not bound to the walls of an office. The beauty of this process is that each individual is able to build a recovery that encompasses one’s interests, spirituality and process. This creates a personal investment that strengthens one’s foundation. For Phil, one of his pillars is built upon a deep love of the arts. Having access to culture through books and magazines and now the internet has been such a large part of his recovery.

Vendors were present to share all they had to offer, products and services for the disability, senior and Veteran community of Rockland! 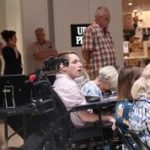 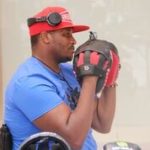 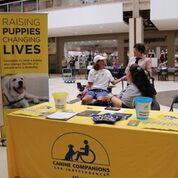 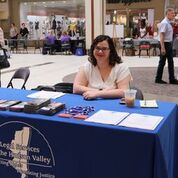