You are here: Home / BRIDGES-News / BRIDGES- Blogs / People with Disabilities at Greater Risk for Domestic Violence and Sexual Assault 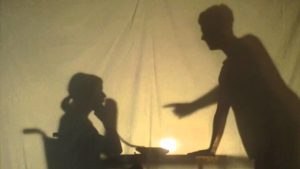 Violence against people with disabilities, particularly women who are deaf/mobility-impaired/blind, happens because of attitudes toward women together with vulnerability from the conditions that result from the disability itself:

Victims often stay with their abuser for reasons such as economic, cultural, and fear of losing custody of the children. Perhaps most important, victims fear increased violence or death if they leave. The most dangerous time for a victim is when she’s trying to leave.  For people with disabilities, it can be even worse. If they are being abused by someone they rely on to take care of them, they may feel trapped.  Another reason they often stay with their abuser is because they have a 31.6% poverty rate.  Lack of available resources and support can cause victims to feel their options for leaving are limited.  They may be forced to rely on government support, keeping them impoverished and in many cases, dependent on their abuser.

Victims of DV and sexual assault need supports and services such as accompaniment to the hospital, DA’s office, police department, court; and many other agencies.   In addition, people with disabilities may also need assistive technology, use of remote video in obtaining a protective order, mobility assistance, ASL interpreters, assistance in obtaining medications when an abuser has taken them away, and assistance in applying for and obtaining benefits such as SSI and SSDI.

If you need assistance, accessible supports and services are available! BRIDGES provides advocacy for people with disabilities and connects you with necessary resources.