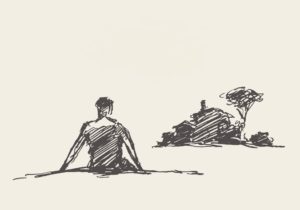 It’s 8 AM. You’re released from a correctional facility near the Canadian border. You’ve got $40 from the facility and a single bus ticket to Peekskill to report to parole in the first 24 hours. You are leaving with the same clothes you came with and the same empty wallet, with the small addition of a facility ID, your only form of identification. The address on your release papers reads “Department of Social Services,” but you’re not quite sure what that means. The last time you spoke to your sister was a week ago, but she lives in Colorado so you know you can’t go to her. Your friends have since moved from Rockland and the other few are incarcerated upstate. You’re finally free, but as you board the bus for the long 6 hour drive, a nagging thought keeps weaving through your mind — “Where am I going to spend the night?”

When someone is released from a correctional facility, to say they are “coming home” is misleading. Often, individuals who return to the community after incarceration, face difficulty finding a place to call home. Barriers to employment, coupled with overt discrimination, scarce resources, and a lack of familial and social support, make finding adequate housing a challenge and independent living a distant fantasy.

Studies show that formerly incarcerated individuals are almost 10 times more likely to be homeless than the general public and are mostly likely to be homeless in the period shortly after release. For those with mental illness – a significant predictor of residential instability (McKernan, 2017) — the rate is about 20%. These figures do not include formerly incarcerated people who live in places like hotels or motels, just one step from homelessness itself (Couloute, 2018).

For formerly incarcerated individuals, these realities hit especially hard. Housing is perhaps one of the most pressing barriers to re-entry that BRIDGES Integration Services seek to address, as it is the foundation for long-term success, stability, and an independent life. Before formerly incarcerated individuals can address health problems, including mental health and/or substance use disorder, find employment, pursue education, or play an active role in their community, they need a place to live.

For individuals who are returning to the community, securing housing is often a complicated process. It can require wading through layers of unexpected obstacles — lack of identification, missing documents, and delayed appointments. BRIDGES Integration Services helps by providing case management and advocacy. Advocacy work can range from accompanying individuals to social service appointments, calling landlords, working on housing applications, and supporting participants who encounter roadblocks. BRIDGES re-entry programs ease individuals’ transitions back into the community and promote community safety.