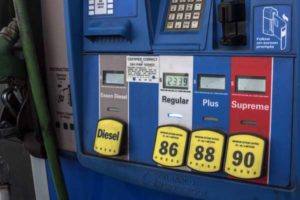 On July 30th, BRIDGES was contacted by a Rockland resident who reported an ADA compliance issue at a local gas station. The staff had stacked a number of cases of water as a sale display on the access ramp from the parking lot and gas pump area to the store entrance. This blocked the only ADA accessible ramp path. The resident spoke to staff who said they would address the situation but never did. Almost a week later, with the accessible ramp path still blocked by the cases of water, the resident spoke with the manager who told him to call the police.  He did.  The local police department said they would refer the matter to other local departments.   At this point, the resident reached out to BRIDGES for support as no progress had been made. 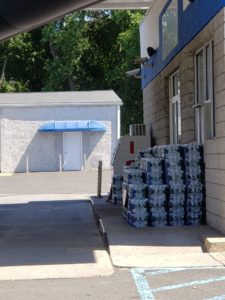 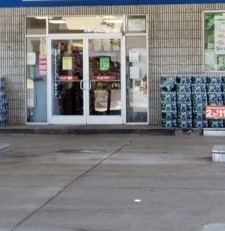 BRIDGES assessed that there was a continued obstruction of stacked cases of water bottles blocking the accessible route into the premises.  BRIDGES’ initial attempts to communicate with gas station management were rebuffed. A staff member reported that the manager was not interested in removing the obstruction to the accessible path. BRIDGES contacted the local municipality’s ADA Coordinator who sent the Village Fire Inspector to compel management at the gas station to remove the barriers to entry and exit. Upon follow up inspection by BRIDGES, the water bottle obstructions have been moved and the accessible ramp path complies with the ADA.

after water was removed 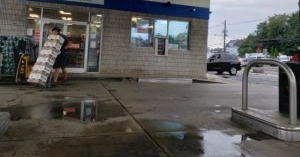